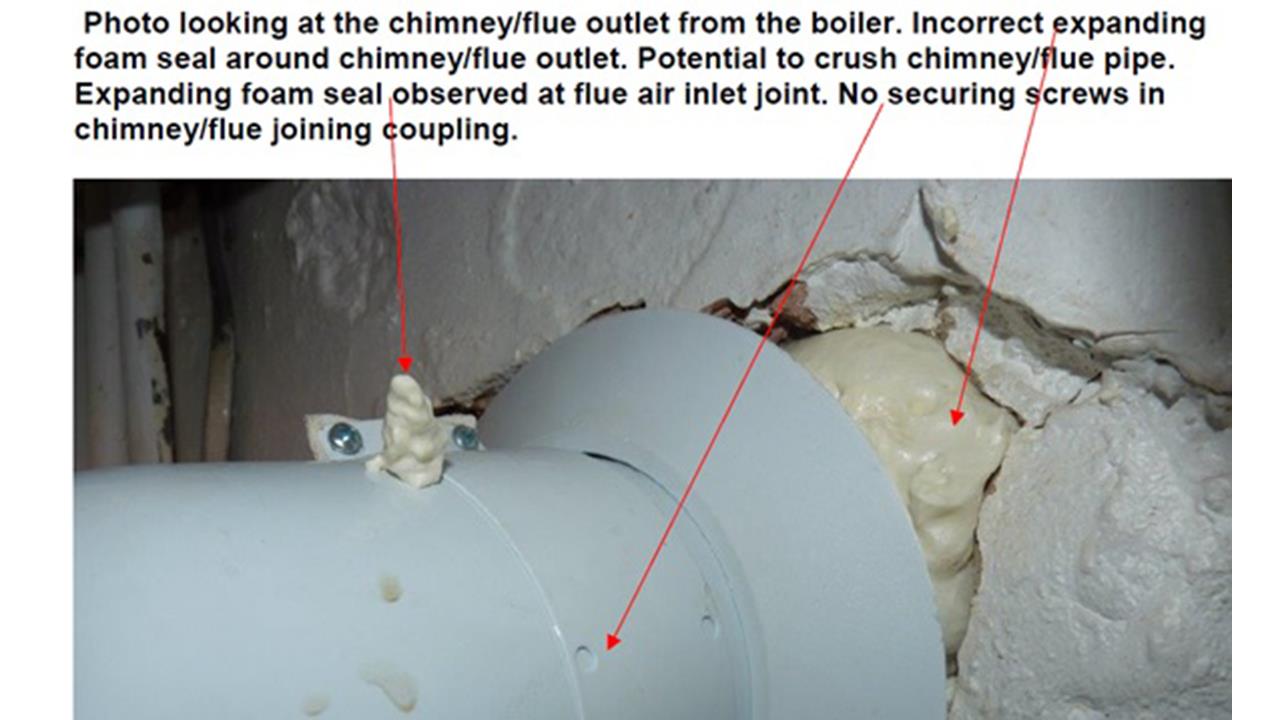 A self-employed gas fitter has been jailed after working on gas appliances while unregistered.

Manchester Crown Court heard that in November 2014, Mr Richard Goldthorpe was served a Prohibition Notice by the Health and Safety Executive (HSE) banning him from carrying out gas work unless he gained the necessary competence and registered with the Gas Safe Register.

An investigation by HSE subsequently found that between 3 March 2018 and 22 March 2019, Mr Goldthorpe undertook work on gas appliances at seven addresses across England. On one occasion, he used a false name. His unsafe work featured on the BBC Watchdog programme.

Several defects were found on each gas appliance worked on by Mr Goldthorpe, including incomplete and defective flue joints, flues not sealed to building structures, and the dangerous decommissioning of a back boiler; all the defects identified posed safety risks for the homeowners and their families.

While on bail awaiting sentence, Mr Goldthorpe undertook further gas work while unregistered and subsequently pleaded guilty to two additional offences; one under Regulation 3 (3) of the Gas Safety (Installation and Use) Regulations and one under Section 33(1) (g) of the Health & Safety at Work etc Act 1974.

Mr Goldthorpe was jailed for 16 months.

“Mr Goldthorpe had even been warned on national television that he was breaking the law. The work he did was unsafe and he put several families at risk. It is only a matter of chance that no one was seriously harmed.

“All gas work must be done by registered Gas Safe engineers to ensure the highest standards are met to prevent injury and loss of life. The public should always ask to see the gas engineer’s identification and check the registration number online (www.gassaferegister.co.uk) or ring the Gas Safe Register customer helpline 0800 408 5500.”