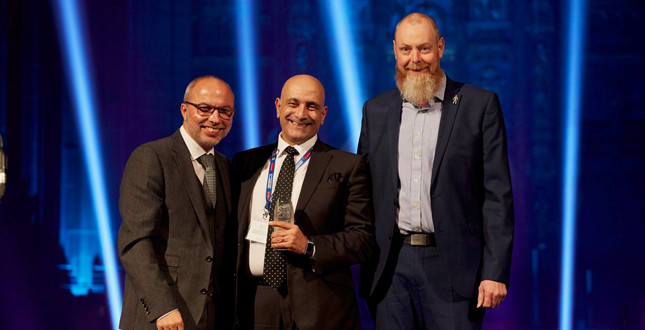 Ariston was named Plumbing, Heating & Showrooms Supplier of the Year at the annual National Buying Group (NBG) Conference in November.

The conference took place in the Liverpool Cathedral and focused on the importance of building successful brands, under the title ‘Bigger, Bolder, Better’. NBG has over 80 merchant members with a branch network in excess of 300 nationwide, with a combined turnover of around £1 billion.

Since becoming a supplier of NBG in 2014, Ariston has worked closely with individual members to support their businesses and offer a flexible approach to promote opportunities and improve profitability.

Ariston supplies its range of high quality boilers and water heaters to NBG’s independent merchant partners nationwide, achieving a high local presence throughout the UK, with visibility and reach increased through a series of displays and promotions.

Mustafa Findik, Managing Director at Ariston, said: “This accolade gives us great recognition, as well as a platform from which to grow the business among new and existing customers in the NBG.

“To win such a prestigious award after only three years as a supplier is a great reflection of the hard work everyone at Ariston has put in since we joined forces with the organisation. We have been overwhelmed with the support received from NBG members, which we hope to build on in the future.”