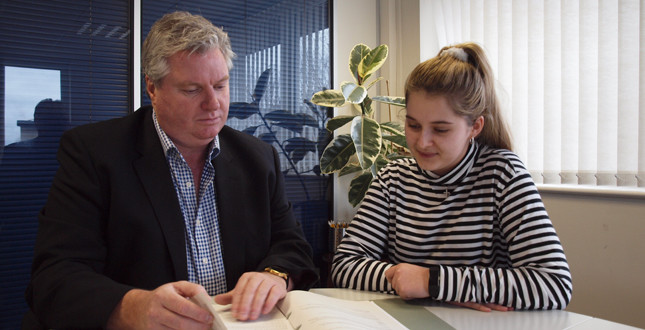 A Gloucestershire company with has claimed that apprentices can earn up to 270% more over their careers than university graduates.

Based on a report last year and their own findings, The Apprentice Management Group (AMG) also said that the average gap in lifetime earnings potential between apprentices and graduates was just 1.8%, with the average lifetime earning premium difference for the two study paths at just £2,200.

AMG director, John Henry, said: “Apprenticeships are not just open to school leavers and people need to know this. The apprenticeship reforms including the levy, which came into force in April, has opened so many doors for companies of all sizes as well as for potential employees to train new staff and upskill colleagues across all disciplines.”

The AMG was formed this year to lobby on behalf of companies and help them adjust to life during and after the levy has come in to effect.

Employers with a pay bill of over £3million will fall within scope of the Levy, and will have made their first payments into their Levy accounts during May this year, which will be available to spend on training new and existing staff.

Unspent Levy funds will be lost after 24 months but, as emphasised by AMG, when employers are fully aware of the wonderful opportunities available to upskill and incentivise key staff members they will engage fully.

Employers with a pay bill of under £3million will be able to access apprenticeship training under a different set of funding rules, with a maximum contribution of 10% of the apprenticeship cost required, typically £20 to £40 a month over the period of a £2,500 - £5,000 apprenticeship.