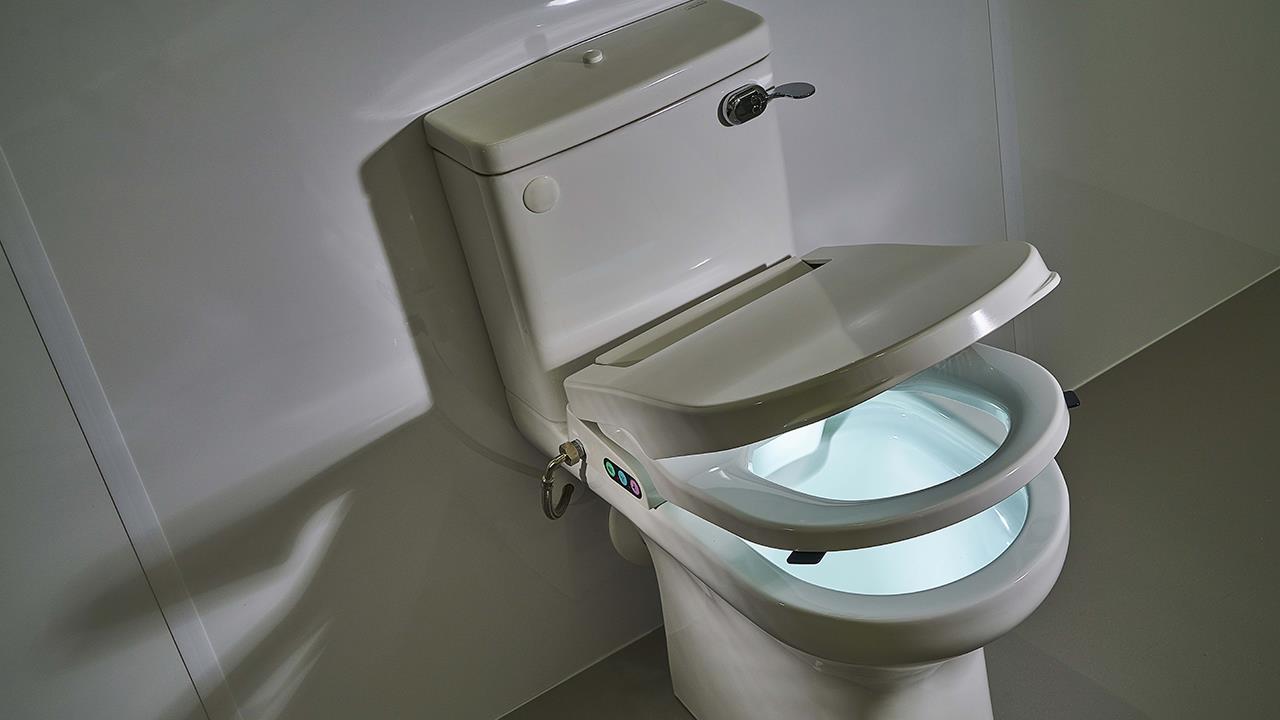 Suitable for both social care and private installations, the AKW Bidet has been developed to offer a cost-effective, quick to install and easy to use and maintain bidet for those wanting a non-permanent solution. The AKW Bidet is water mains-fed and offers users a range of temperature, water spray, and dryer options. The bidet’s wide range of functions are also fully controlled via a handheld remote control.

The AKW Bidet has weight limit of 150kg and the side transfer lugs have been included, to minimise lateral movement when moving from a wheelchair. The bidet feature as very quiet dryer mechanism and the seat, lid, and bidet are detachable to allow for effective cleaning.

The AKW Bidet includes a high power 1750W instantaneous water heater that has six levels of temperature control and delivers warm water on demand, allowing for continual washing. There are five rear wash positions in addition to five feminine wash positions, as well as five intensity settings for the spray and four modes of spray. The 350W dryer also has a three minute drying cycle, six temperature settings, and five adjustable speeds. In addition, the AKW Bidet incorporates a self-cleaning function, is quiet to operate, and has an inbuilt LED night light for ease of use, whenever needed.

The bidet has two seat options, a sculpted variant for use with matching AKW sanitaryware and an ergonomic unit for use with AKW Livenza and most common toilet pan designs. The unit also has a seat sensor to prevent accidental usage.

Stuart Reynolds, Head of Product and Marketing at AKW, commented: “The AKW Bidet is quick and easy to install and has been developed to bring increased independence to those looking for help with their toileting. The bidet’s wide range of functionality, ease of installation and competitive price mean that it is sure to be popular with end users, installers and occupational therapists alike.”

AKW BIDET TOILET WC
Tweets by HVP
Make sure you’re on top of changes in the industry, and sign up for free to receive your monthly copy of HVP and our weekly email newsletter
SUBSCRIBE TO NEWSLETTER
SUBSCRIBE TO MAGAZINE