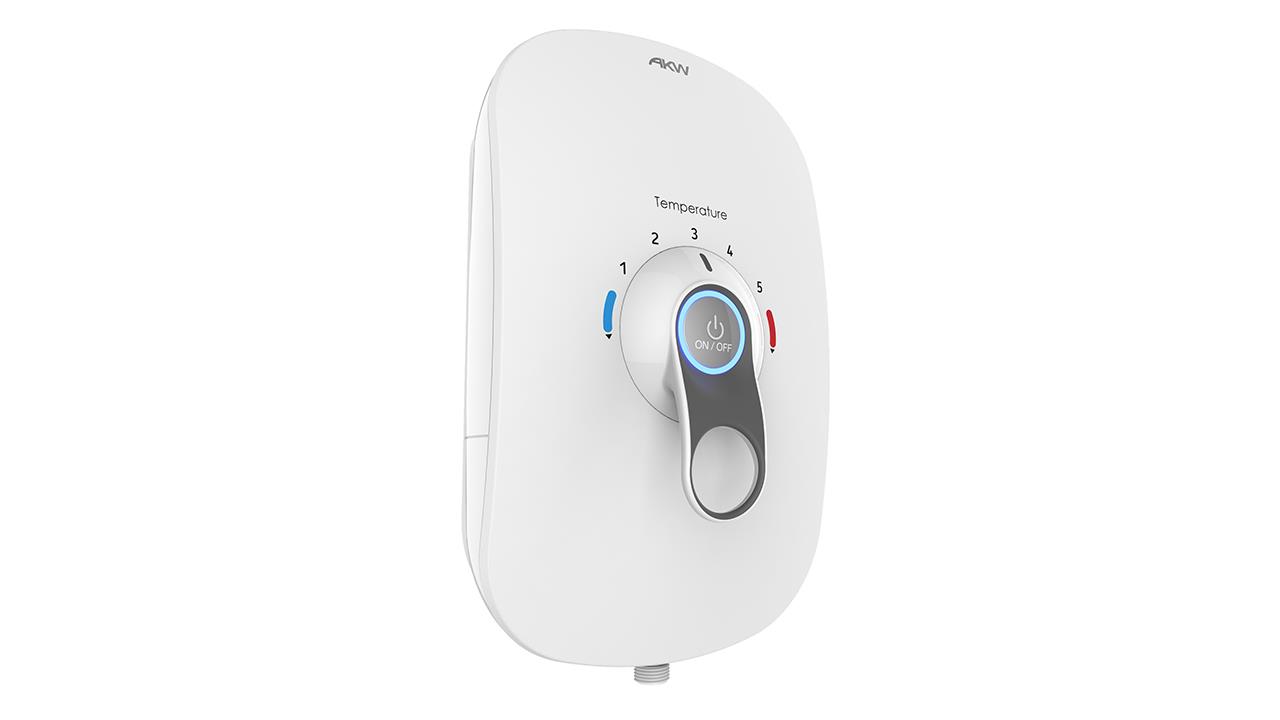 AKW has a new easy-to-use smart electric shower – the AKW SmartCare Lever. This BEAB CARE certified electric shower has all the contemporary styling of the existing SmartCare range, but also comes with an easy-to-use lever handle. Designed with visual, dexterity, and mobility issues in mind, the AKW SmartCare Lever shower can be quickly and seamlessly retrofitted without any re-tiling required.

The key to the new shower’s design is its simplicity. A large centrally-located lever contains a prominent on/off switch and the lever can be easily grasped and turned to control the shower’s temperature. For those with visual impairments, the shower has audible temperature control clicks, large red and blue temperature symbols, and a large back-lit power button. It also has a matt anti-glare finish to reduce glare for those with dementia. Thermostatically controlled to avoid scalding, the unit has rounded surfaces and edges for additional safety and comes with an easy-adjust shower head and 2m anti-kink smooth hose, to make showering even easier, according to the company.

With eight electrical and water entry points, dual power blocks for left or right-hand wiring and cable and pipework compatibility, the AKW SmartCare Lever shower is easy to install. It can be retrofitted on the majority of original shower footprints and comes with a five-year warranty as standard. Available as 8.5kW or 9.5kW options, the shower also has the option of wireless connectivity to all AKW DigiPump shower waste pumps.

Stuart Reynolds, Head of Product and Marketing at AKW comments: “Our AKW SmartCare Lever shower is not only easy to use, but easy to install as well. This shower makes life easier for those with mobility or dexterity issues and is also ideal for those who have visual impairment challenges. As well as promoting showering independence for longer, the SmartCare Lever shower is also a stylish addition to any bathroom or wet room.”