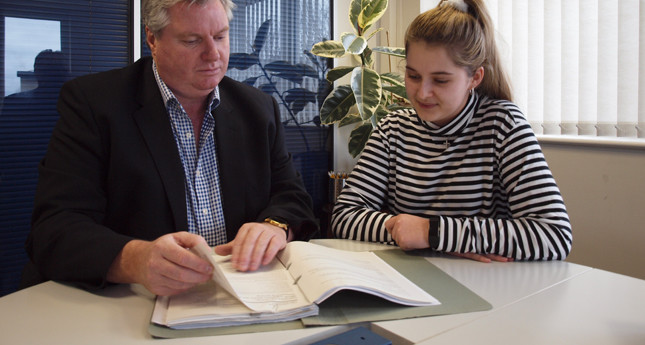 New figures show that apprenticeships are more popular than ever, with almost three million created since May 2010 as part of the government's drive to create more opportunities for those who do not wish to pursue a university education.

The latest official statistics show a rise in the number of people reaping the benefits of apprenticeships, with around 905,000 people in an apprenticeship in the last year alone.

Figures also show that there are more young people starting apprenticeships, with more than 130,000 starts by under 19-year-olds during the 2015 to 2016 academic year.

John Henry, who runs the Apprenticeship Management Group, says choosing between university and an apprenticeship can be a tricky choice.

"Traditionally, apprenticeships have been for those going into a traditional trade, with university the option chosen by students following professional or academic routes," he said.

"Universities are opening their doors to less academic, more vocational courses. Apprenticeships are not just the route into work for tradespeople, you can now do marketing apprenticeships, get into software and computer companies as well as law firms."

John added: "As higher education tuition fees rise, the option of a training route where you actually get paid to learn becomes a real option."

Traineeships play a significant part in the government's commitment to creating the highly skilled workforce our employers need. The latest figures show that there were 23,900 traineeship starts in 2015 to 2016, a substantial increase from 19,400 in 2014 to 2015.