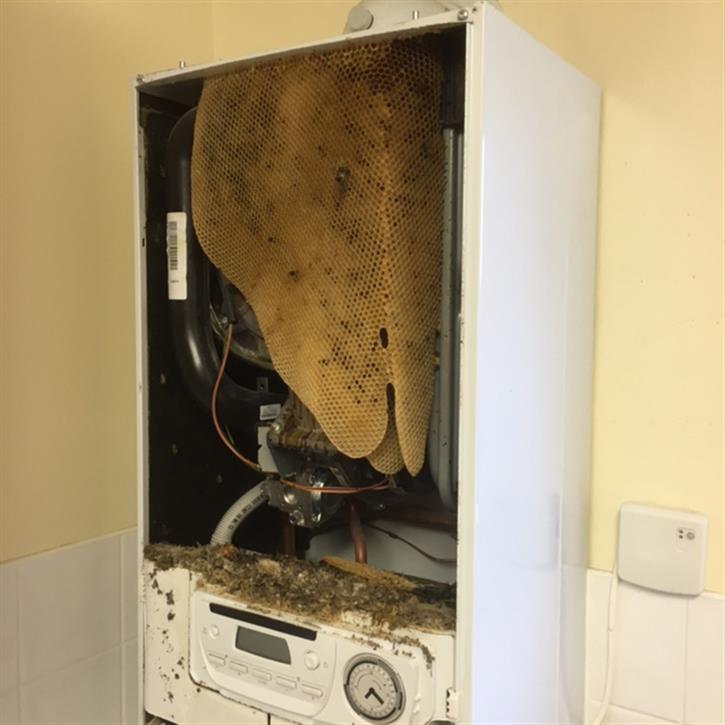 A service engineer was greeted with an unbeelievable sight when he attended a property in Essex to complete the landlord’s annual gas safety check today, as the interior of the boiler was filled with honeycomb.

Greg O’Connor, quality control inspector for Milverdene Ltd, removed the casing of the boiler, which had still been performing as normal, to find layers of honeycomb neatly wrapped around the heat exchanger.

It is thought the bees entered through the flue during the summer months and built their home before having to buzz off to pastures new once the boiler was in use during the winter.

“We’ve been specialising in gas since 1977 but not seen anything like this before,” said contracts manager Georgina Wagstaff.

Mr O’Connor was able to clean out the debris and certify the boiler for the next year.

Have you seen anything equally weird or wonderful while on the job? Send in your pictures to hvpmag@mail.hgluk.net.