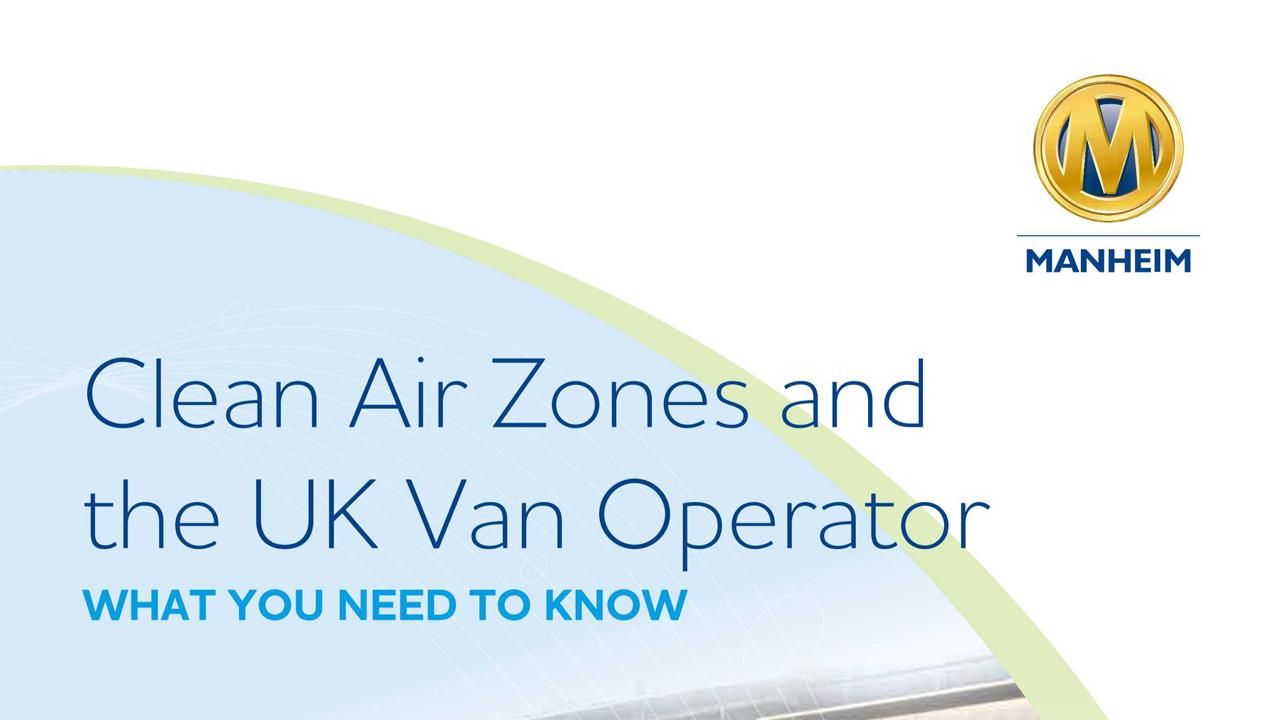 Four-fifths of the diesel-engined vans currently on UK roads will attract penalty charges when entering a Clean Air Zone (CAZs) because they do not meet the required emission standards, according to analysis by Manheim.

To help van operators navigate the challenge, commercial vehicle remarketing company Manheim has produced a free guide – Clean Air Zones and the UK Van Operator: What You Need to Know. The guide aims to explain what the incoming CAZs are and how they will likely operate and give direction to van operators trying to understand what this change could mean to their business.

London’s Ultra Low Emission Zone (ULEZ) – a CAZ for the capital – will be the first urban centre in the UK to levy a charge on non-compliant vehicles when it starts on 8 April 2019. CAZs are being introduced in 2020 in two major UK cities (Birmingham and Leeds) and similar schemes will follow by 2021 in other cities and towns mandated by government to tackle local air quality issues. These local authorities are currently consulting on how their respective schemes will operate and what penalties may be imposed.

According to Manheim’s data analysis, around 3.3 million vans do not currently meet the ULEZ/CAZ exemption criteria.

In London and Birmingham to begin with, the only vans exempt from ULEZ/CAZ penalty charges will be those with Euro 6 diesel engines, Euro 4 petrol engines, or battery electric vehicles (BEVs). It’s estimated 99% of vans in operation today however are diesel powered.

“Within the next 12 months three major UK cities will be operating CAZs and the financial costs for those operating pre-Euro 6 diesel vans will be considerable,” said James Davis, Cox Automotive’s Customer Strategy and Insight Director for commercial vehicles.

“According to the Society of Motor Manufacturers and Traders (SMMT), 30% of the 4.3 million vans currently in operation are over 10 years old - but it’s not just older models that will be affected. Many van operators will be surprised to learn that CAZ charges will apply to some vehicles which are not yet three years old because Euro 6 did not become mandatory on new vans until 1 September 2016.

“With so much uncertainty surrounding the introduction of the ULEZ and CAZs, we have published a guide for van operators highlighting the key facts and how these zones could impact their business operations if they do not have compliant vehicles."

London’s ULEZ, which will be enforced 24/7, will initially operate within the Congestion Charge Zone, and will see non-compliant vans charged a daily rate of £12.50 plus the £11.50 Congestion Charge.

James says the additional ULEZ charges for non-compliant van operators will be significant. Using two detailed examples, the guide shows how a single van operator’s costs will double to £2,500 and, for a small fleet of 5 vans and 1 truck, triple in size to £56,000 over a 12-month period.

Longer term van purchasing decisions should also reflect the fact that London has already started to roll out Zero Emission Zones (ZEZs), initially at street level by borough but widening to larger areas of the capital within the next decade. Whether other cities or towns follow suite remains to be seen; Oxford have recently deferred their ZEZ street rollout plan.

To download Manheim’s free guide Clean Air Zones and the UK Van Operator: What You Need to Know, visit Manheim.co.uk/CleanAirZones

BIRMINGHAM CAZ CLEAN AIR ZONE DIESEL LONDON MANHEIN ULEZ ULTRA LOW EMISSION ZONE VAN
Tweets by HVP
Make sure you’re on top of changes in the industry, and sign up for free to receive your monthly copy of HVP and our weekly email newsletter
SUBSCRIBE TO NEWSLETTER
SUBSCRIBE TO MAGAZINE