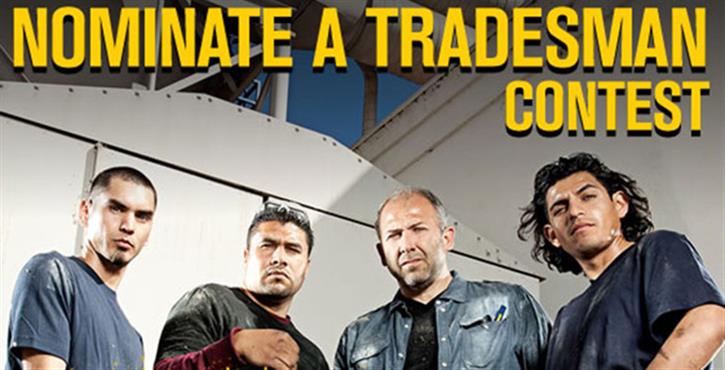 IRWIN Tools has launched its annual Nominate a Tradesperson competition to find the UK and Ireland’s ‘Ultimate Tradesperson’.

IRWIN is on the lookout for trade professionals to nominate themselves or colleagues and share their stories of when they have gone above and beyond to get a job done, no matter how big or small.

Tradespeople worldwide rely on IRWIN for superior performance on the job and now IRWIN wants to celebrate the UK and Ireland’s best. The successful candidate will receive a year’s paid apprentice for 2017, £5,000 to help build their business and a range of IRWIN products including IRWIN’s new Pro Comfort Screwdrivers, WeldTec Circular Saw blades and VISE-GRIP cutting pliers.

Amber Popowicz, senior brand activation manager, said: “We established Nominate a Tradesperson to find tradespeople who, through their skills and dedication, make a real difference. This could be a tradesperson who has shown their commitment to instilling their skills in the younger generation by working with apprentices or someone who always goes above and beyond to deliver exceptional client service.”