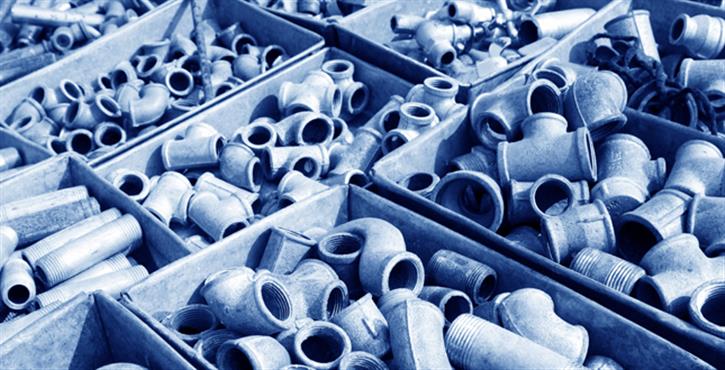 According to a report by AMA Research, the UK pipes and fittings market has achieved good growth over the last 3 years and is estimated to have grown by 5% in 2015. Since 2012, the market has grown by around 15%, suggesting that it has nearly recovered to the levels seen at its peak in 2007.

Key factors that have influenced the market in recent years include improving levels of construction in the commercial and housing sectors and falling raw material prices, particularly for copper and oil.

The plumbing pipe systems sector accounts for around 60% of the pipes and fittings market, as defined in the AMA Research report, while the rainwater, soil and waste products sector accounts for the remaining 40% or so. Flexible plastic plumbing pipe systems are the dominant material used in hot and cold potable water installations, and although the majority of heating installations and refurbishment projects use copper pipe, the market for copper pipe has remained relatively static in recent years. There has also been steady growth in the demand for flame free and low-skill fittings such as plastic push-fit and press-fit pipe fittings.

Factors driving the growth of the plastic sector include technological developments and improved reliability, as well as the availability of a wider range of products and price. The focus on recycling and the use of recycled materials in the plastic sector has also increased in recent years. Underfloor heating has increased in popularity between 2010 and 2015, and growth in this sector is likely to continue to have a positive impact on the market for plumbing pipe systems. In addition, with increasing health and safety legislation, there has been a continuing shift in the market towards flame free jointing.

PVC-U continues to dominate the above ground rainwater guttering, soil and waste pipework sector. There is continuing demand for seamless aluminium guttering and cast iron effect PVC-U guttering, which provides the effect of cast iron. Increasing pressure to conserve resources and mounting public concerns about the cost of water usage have also led to a growing interest in rainwater harvesting systems, and there is an increased interest in general in water management, supported by the heavy rainfall and more volatile weather patterns over the last 4 years, across the UK.

“The outlook for the UK pipes and fittings market in 2016 is positive, supported by the growth of new construction levels and RMI expenditure. Private housing completions are forecast to experience steady growth in the medium to longer term, while the private commercial sector is likely to drive newbuild demand in the non-domestic market,” said Keith Taylor, director of AMA Research.

“Growth sectors should include budget and luxury hotels, care homes and student accommodation, and there may also be opportunities in the education sector, where around 70% of washroom installations are over 20 years old and many heating systems are aged.”