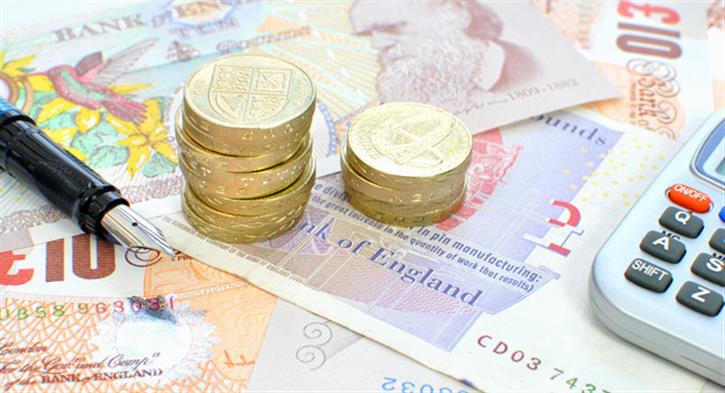 The construction industry has given a mixed response to today's Budget by the Chancellor of the Exchequer, George Osborne.

There was no mention in the Budget of carbon emissions, energy efficiency, housebuilding or the need to improve the UK's current housing stock, prompting the Federation of Master Builders to call on government to make our existing homes a national infrastructure investment priority.

Chief executive Brian Berry said: "The construction industry is at a loss as to why the government is ignoring the need to improve our current housing stock. By refusing to acknowledge the importance of these improvements, the government is exacerbating problems such as high household fuel bills, carbon emissions and the national housing shortage. First and foremost, the government has a legally binding target to reduce the UK's carbon emissions by 80% by 2050 and our existing homes account for 27% of our current emissions. Simple logic suggests that if they do not address 27% of the issue, that target will not be met. What's more, the issue goes to the heart of household finances. By improving energy efficiency in our homes, the government will reduce fuel bills and put more money back in the pocket of the consumer.

"Making our existing homes a national infrastructure priority, re-directing carbon taxes, putting an energy efficiency financing framework in place and reducing VAT on housing renovation and repair work from 20% to 5% are all effective and implementable measures. We urge the government to wise up on energy efficiency – we want to work with Ministers to find a sustainable solution."

John Alker, director of policy and communications at the UK Green Building Council, agreed. "George Osborne promised a Budget that would be bold in delivering infrastructure. Yet energy efficiency, which should be seen as one of the UK's biggest infrastructure priorities, failed to even get a look in. Government's failure to support this industry at a time when uncertainty about the future of ECO and Green Deal is rife, represents a major missed opportunity for the economy. We welcome the review of the landscape for business energy efficiency – however, this must be about smarter regulation, rather than an ideological slashing of perceived red tape."

Colin Timmins of BEAMA Underfloor, said the lack of focus would do little to encourage the housing and construction sector to prioritise renewable energy sources. "We hoped the Chancellor would use this budget to provide an impetus to ensure there will be progress on the energy efficient refurbishment of existing homes, as well as new homes, in the next five years. The Tory manifesto supported a transition to a low carbon economy in a cost effective way. Yet, this budget gives no indication that the government intends to take a serious look at how we can deliver efficient, affordable and comfortable homes across the UK through the refurbishment of heating systems in existing properties, as well as the creation of new and affordable energy efficient housing. Low energy homes need insulation; but they also need well controlled, low temperature heating systems."

Commenting on the Chancellor's announcement that it is to reduce the rents paid by tenants in social housing, Dr Anthony Lee, senior director at BNP Paribas Real Estate, said: "The government's plans to reduce rents paid by tenants will have an adverse impact on both housing associations and developers. Social housing rents have – until now – increased annually by RPI plus 0.5% per annum, underpinning housing associations' business plans and making social housing an attractive investment proposition.

This announcement is likely to undermine housing association finances and risks making bond issues less attractive. There is also likely to be an adverse impact on the viability of new developments. The rent reduction will reduce the amount housing associations can pay developers for the affordable housing element in their schemes.

This will put pressure on viability and ultimately reduce the overall percentage that schemes can provide."

Other areas of the Budget have been largely welcomed, such as the decision to devolve powers on Sunday trading to a local level.

Melanie Leech, chief executive of the British Property Federation, said: "The way we shop has changed beyond all recognition in recent years and government has struck the right balance between being alive to that and ensuring any further liberalisation of shopping hours is well managed. Longer hours will not suit all places, but equally should not hold other places back. Devolving the decision to a local level and those who know what will be best for their area, in this instance, therefore makes perfect sense."

Dr Diana Montgomery, chief executive of the Construction Products Association, said: "We were pleased by plans - that were in line with our recommendations – of the permanent setting of the annual investment allowance of £200,000 from January 2016. This will offer industry confidence in the long-term to invest in new innovative plant and machinery equipment which will impact positively on productivity. We are encouraged by the announcement that government will be bold in in the delivery of infrastructure especially in terms of roads. The Chancellor's commitment to the £15 billion road spending plan and his recognition of a long-term road investment programme offers certainty to industry.

"Finally, we are pleased to hear that the main rate of Corporation Tax which had already been cut from 28% in 2010 to 20%, will now fall further, from 20% to 19% in 2017, and then to 18% in 2020. All of this was good news for the UK economy and industry specifically. However, what was starkly missing was any indication of policies to incentivise energy efficiency of existing housing. We continue to press the government to recognise the tremendous potential for improving the housing and commercial building stock and improve the cost of living for homeowners."

The announcement that renewable electricity would no longer be exempt from the Climate Change Levy was strongly criticised by the RenewableUK trade association. Director of policy Dr Gordon Edge said: "The Chancellor says the removal of the exemption will earn the Treasury £450 million in 2015/16, rising to £910 million in 2020/21. We're suddenly looking at a substantial amount of lost income for clean energy companies which was totally unexpected. For example, Levy Exemption Certificates account for just over 6% of onshore wind generators' revenues. The government had already announced an end to future financial support for onshore wind – even though it's the most cost-effective form of clean energy we have. Now they’re imposing retrospective cuts on projects already up and running across the entire clean energy sector. Yet again, the government is moving the goalposts, pushing some marginal projects from profit into loss. It's another example of this government's unfair, illogical and obsessive attacks on renewables."